Get fresh music recommendations delivered to your inbox every Friday.

After The Battle XXV- Double CD 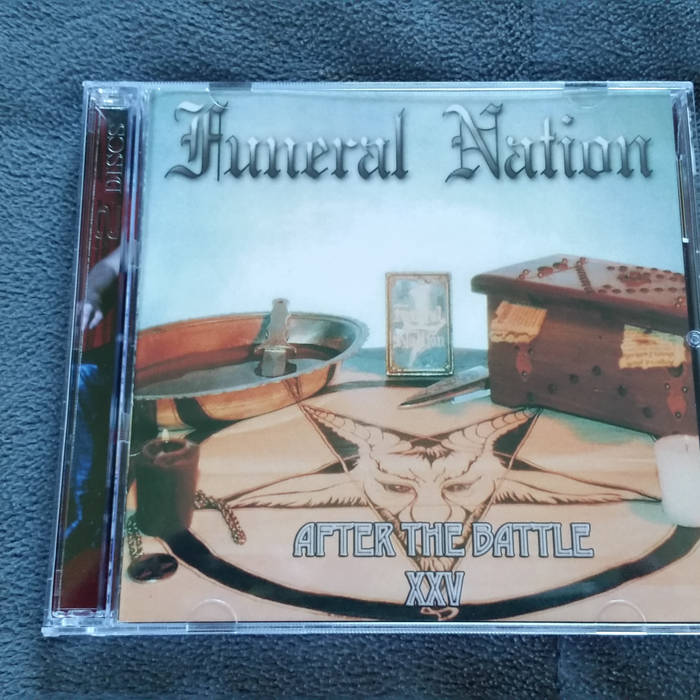 First cd contains the entire A.T.B. recording with its original mix and mastering by the band before it was handed over to Turbo and remastered by them. Also includes the song Satan's Pray that was cut from the original version.This version simply crushes the Turbo version.. Samples of the music are available on the website funeralnationband.com so you can hear the difference yourself..

The second cd contains many bonus tracks including: the original recordings from the first demo" State of Insanity " ... This is the first time this has been done since the demo was put out in 1989.. The bonus cd will contain other tracks that have never been released before, it is going to be loaded.... nearly 60 minutes of Bonus Tracks on 2nd CD.. Includes a 12 page booklet with lyrics..

Funeral Nation is a thrash/black metal band that was formed in 1989, in Chicago, IL, from past members of Funeral Bitch and Abomination. The band has released a full-length album, two EPs, two compilation albums, a live album, among various demos.

Bandcamp Daily  your guide to the world of Bandcamp