Get fresh music recommendations delivered to your inbox every Friday.

Open Wide The Gates Of Hell 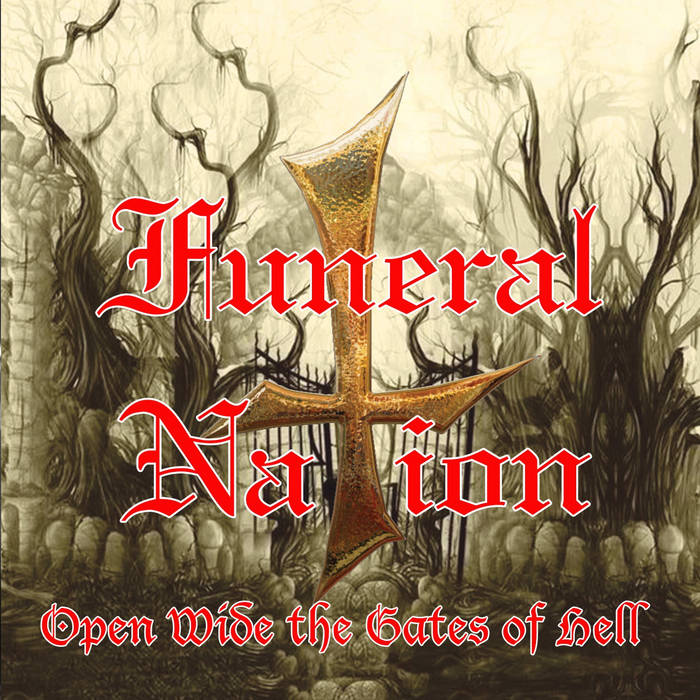 Official--Band Approved and Band Released... the way it was originally intended to be done..
Forged in the fires of Hell, sifted from the ashes of Chicago's underground. From 1989 to the present Funeral Nation has been creating pure anti-Christian metal, with haunting melodies, ear splitting leads and soul crushing lyrics. For over the past two decades Funeral Nation has been the embodiment of old-school metal. " Open Wide The Gates Of Hell " is a punishing follow up to the bands ground breaking debut album " After The Battle "
"Open Wide the Gates of Hell". This is the remixed and mastered version of Second Coming for world-wide distribution, the way it was always intended to be. So if you own a version of Second Coming it is now a collector’s item.

Funeral Nation is a thrash/black metal band that was formed in 1989, in Chicago, IL, from past members of Funeral Bitch and Abomination. The band has released a full-length album, two EPs, two compilation albums, a live album, among various demos.

Bandcamp Daily  your guide to the world of Bandcamp